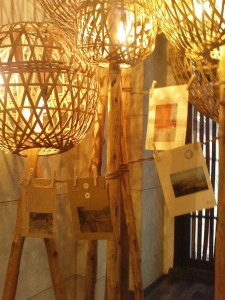 More about Ryan Wong… ,the photographer

Ryan Wong was born in Hong Kong, has lived in Seattle, New York, and China. He is a professional photographer, cinematographer, and film/video director and has produced projects in the United States and China. In 2003 he graduated from NYU's Tisch School of the Arts with a BA in Film/TV production and continued to work and develop as a camera assistant and director of photography with experience on major features, independent films, commercials, and TV. His photographic and film/video works have been shown at the Louis Vuitton Hawaiian International Film Festival, the National Geographic Society in Washington D.C., Arts + Literature Lab in New Haven, the Hong Kong International Film Festival, and the Minnesota Center for Photography, Blue Lotus Gallery and most recently at the Hamptons International Film Festival with his feature documentary directorial debut "The Road Ahead : The First Green Long March." He is proud to have contributed to "Lamma
Story."

Currently based in Hong Kong but doing lots of traveling, he is the now the assistant to actor and NGO leader Jet Li, working in all aspects of both the entertainment and NGO field stateside and in Asia